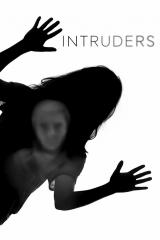 Genre: Drama,Mystery,Science-Fiction,Thriller
Network: BBC America
Release date: August 23, 2014
External link: TheTVDB
Summary:
Jack Whelan (John Simm), a former LAPD cop with a troubled and violent history, finds the quiet idyllic life he has crafted with his wife, Amy (Mira Sorvino), shattered when she vanishes. Jack is drawn deeper into the mystery when his high school friend, Gary Fischer (Tory Kittles), shows up on his doorstep asking for help with a murder case. Initially dismissive of Gary’s claims, the more Jack investigates the more complex and surreal his discoveries become. What Jack uncovers leads him down the dark path of his own past and closer to the terrifying revelations about a secret society known as Qui Reverti.

She Was Provis
season 01
episode 01